Behind the scenes from my web series! (and The I Need A New Tunic Pattern Shirt)

Hey, party people! You readers have always struck me as an amazing, funny, wonderful crowd of very tolerant people (as evidenced by your enjoyment of/bearing with my blog….) and I want to share with you something I made recently. Basically, about a year and a half ago I wrote a web series. Just a short few sketches, basically, something to pass the time while I probably should have been writing something else. I passed these little scripts over to my friend Victoria, who thought they could be more than just little scripts, and despite my feelings that she was just being nice, she persisted with her belief to the point that we got a filmmaker involved whose name was (and still is) Joe. And Joe also enjoyed these scripts, and I was like, okay, that’s neat, shut up guys, don’t be weird. But they WERE weird and they wanted to make them and I was like, well, if you insist…. and so we did! And apparently people actually LIKE them because we ran a kickstarter campaign that was totally fully funded and in fact over-funded, and we’ve gotten rave reviews (aka friends being like, this isn’t terrible!) You can check out the series here, or watch the episodes right now!

And just so you know, I didn’t just write this thing, I did all the costumes! Which was a ton of fun, actually.

Some of them were simple alterations, like for Ella and Char: 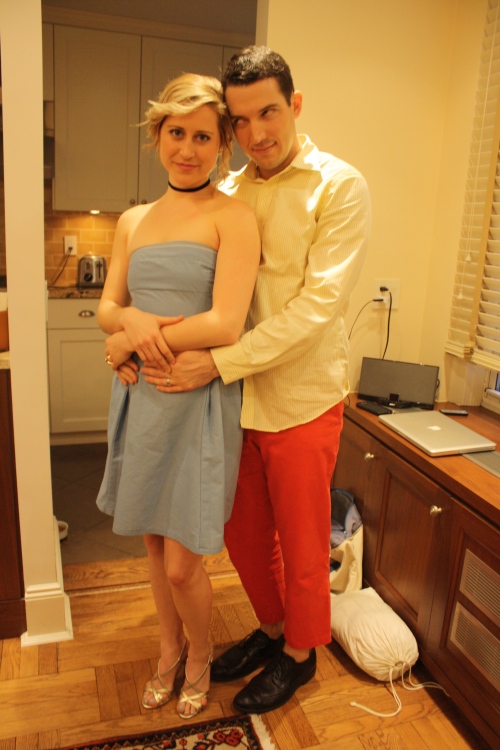 Don’t they look so very Disney goes to prom? You can, by the way, have a Disney themed prom dress. And a Disney themed wedding. I know this as for some reason I’m now on an email list for Disney weddings. The internets is creepy.

Some of the costumes were more of a styling job, like for Aurora and Phillip. 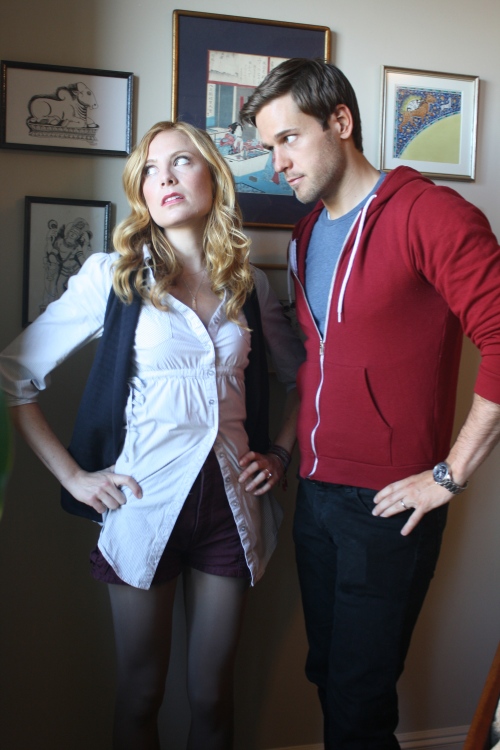 Our Phillip, who is featured on the new show Younger, brought his costume, and our Aurora got our most hipster interpretation possible. Like you do.

And some, like Aladdin and Jasmine got full re-make treatment. Aladdin got tailoring and alteration for his pants and lavender shirt, but I completely re-made a Zara bubble-top to make our Jasmine’s flowy hi-lo crop top, and I hacked apart this crazy Florida-retiree elastic waist trousers into some cuffed Jasmine harem pants. 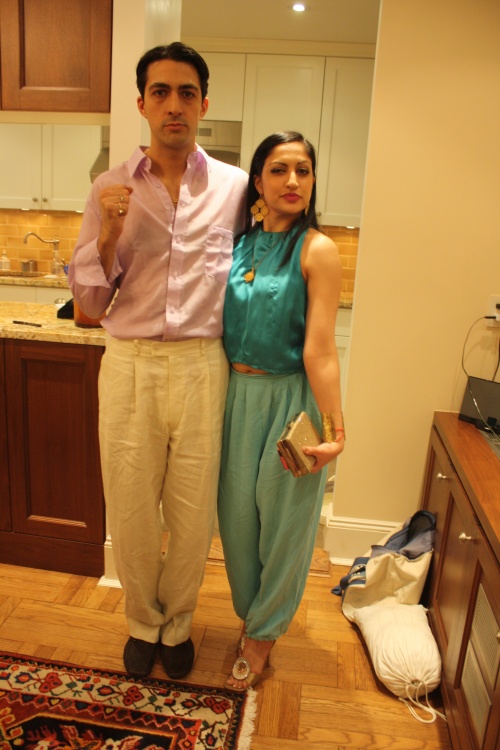 It was insanely fun, actually, to come up with these ideas for modern interpretations of Disney costumes for the show!

Because of our successful kickstarter, e’ve got more episodes coming up with more home-made costumes, so stay tuned! And if you enjoy these, people, pass them on!

Now to my own clothing efforts. Enough of this sewing for others nonsense.

I have a new disease that I’m going to coin a term for called pattern fatigue. Basically this occurs when you have used a pattern too often and you are sick of it, but unable to find anything else you keep making it until the sight of it makes you sad. Now, I’m not a doctor, but I do feel that I could diagnose this in others, as I have in myself. Basically, I’m just over this one tunic pattern that I have and I really need a new one but I don’t have another that I love (well, actually, I DO now, post to follow! But when I made this top I didn’t so let’s operate under that mentality, shall we? ) so I made another tunic with the same damn pattern I always use and while the fabric is great, I’m just, like, SO over it. 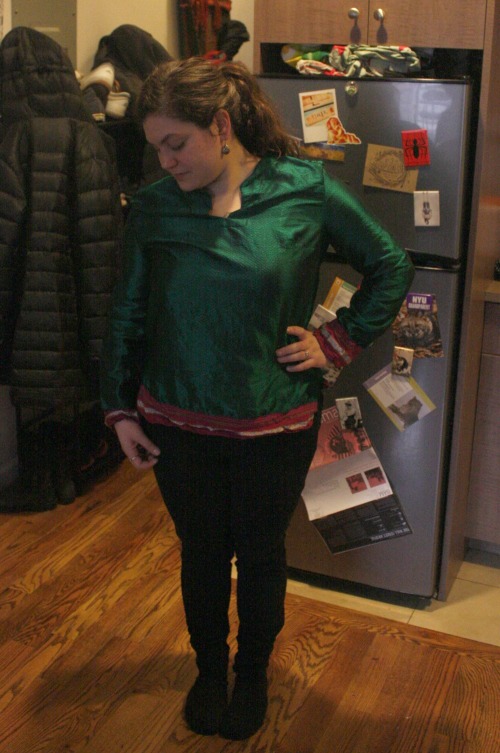 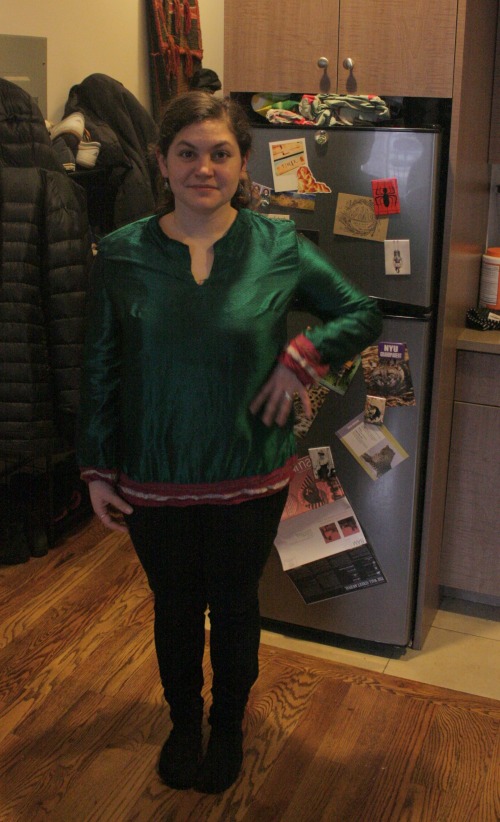 That look on my face says it all. Doesn’t it? It’s easy to make but I need something new, with a better fit in the bust and more shape. As I mentioned, I totally have a new and better thing now but AT THE TIME I didn’t! 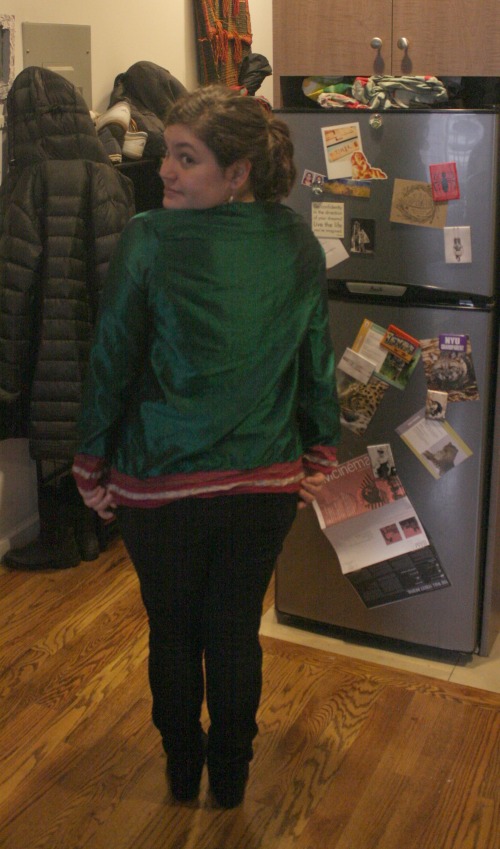 It’s a lovely material, though, despite these terrible indoor-on-a-dark-day photos. Mr. Struggle got it for me in India.

Meh. Whatever. Total pattern fatigue, guys. Never mind that, though, CHECK OUT MY WEBSERIES!!!!

5 responses to “Behind the scenes from my web series! (and The I Need A New Tunic Pattern Shirt)”