The Walk with the Dinosaurs Shirtdress

I love dinosaurs. Who doesn’t? I mean, could this be the one thing that everyone everywhere could agree on? That dinosaurs are amazing? That they are so cool and so weird and so huge, and there was one that was basically a dragon, and there is this new book about them and my friend Ben read it and said that it was great.

When I was a kid, on vacations, my parents would load my brother and I up with their museum memberships and leave us at a museum for the day. One of those museums was the Academy of Natural Sciences in Philadelphia, and we would read all about the lives of dinosaurs and marvel at their massive structures, their giant bodies, their fossilized eggs. We would wander the museum in the shadows of giants. Museums are still my happy place. Years later, when I went to the Natural History Museum in New York, I gave the horribly outdated and not a little bit racist anthropology section some side eye, and raced over to the dinosaurs. What marvelous beasts, what magnificent monsters. How can you look at a dinosaur’s skeleton and not be inspired to invent mythical animals? When people first found their fossils, they must have thought they were the craziest things ever. No wonder little children are so into dinosaurs, right? They are just so cool. They are the James Dean of history. Name a cooler group of animals, I dare you. Why else do we keep making Jurassic Park movies? The story is literally a one trick pony but we keep bringing it on back again so we can pretend that dinosaurs could be real. Clever girl… 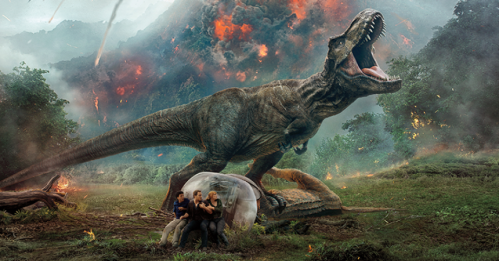 So that’s why when I saw a dinosaur themed fabric at Thakur, I knew I had to get it. In fact, I got a lot, so I could make What’s-his-face a shirt that he will never model and myself a dress. I promised him we would never wear both of these garments at the same time. That reminds me, did you know that in South Korea they have this thing where couples dress alike to show the world they are a couple? 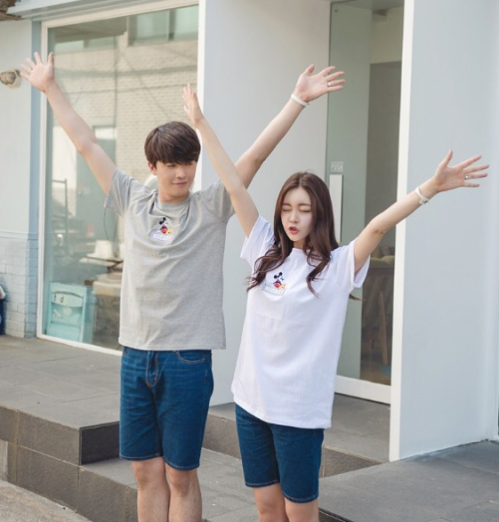 What’s his face would have ALREADY divorced me if I suggested this.

So you will never see us in our matching dinosaur outfits, but trust me, that would be ADORABLE. And intimidating! Because, dinosaurs!

Dinosaurs! DINOSAURS! It might just be my imagination, but honestly, I think people respect me more when I wear this. 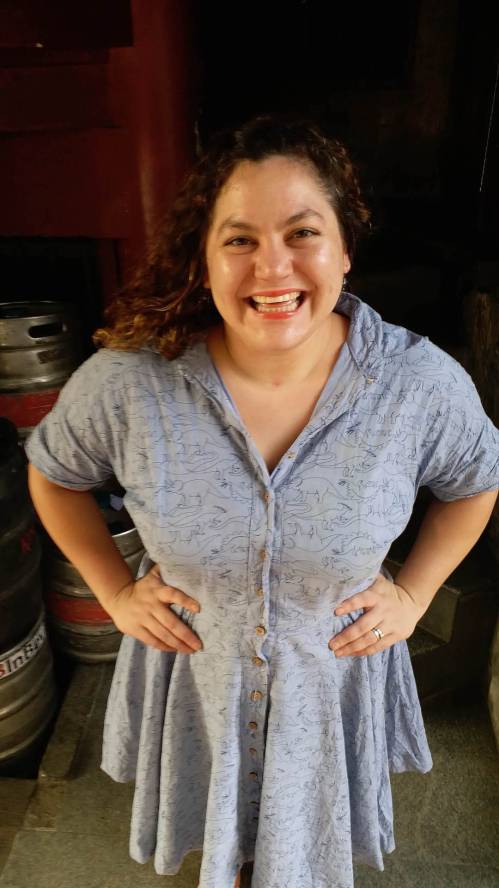 It’s got triceratops, brontosaurus, stegosaurus, and a dinosaur I don’t know the name of. 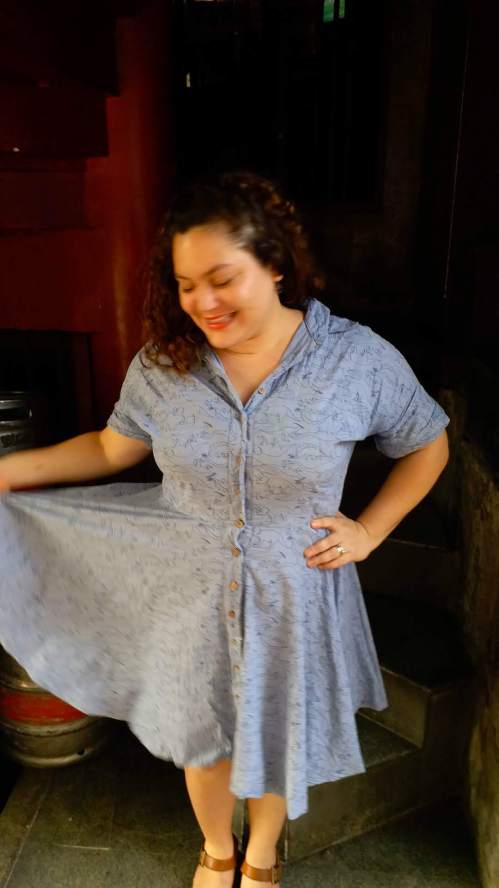 The pattern is a MUCH modified McCalls 7351 which I edited to include dolman sleeves and a cuff, as well as a circle skirt. 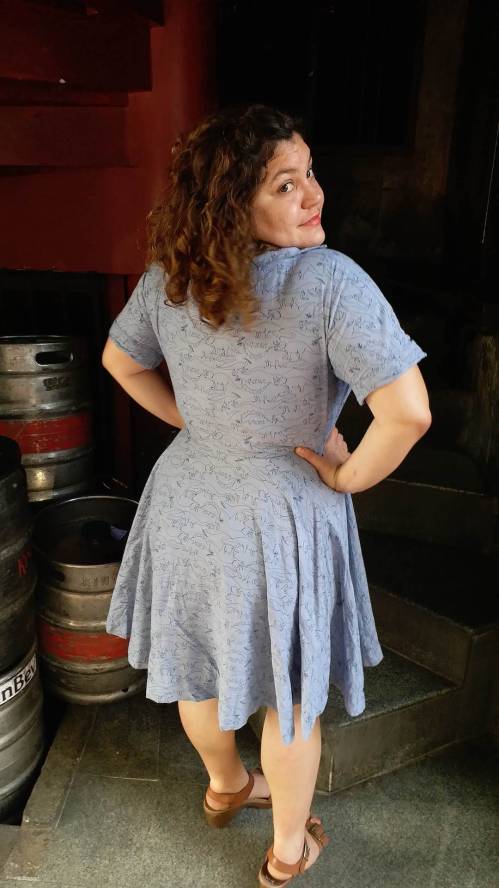 I also put in some waist darts.

I love the way this turned out, really I do. I love the shape, I love the circle skirt, I love built-in sleeves, I love it. I wouldn’t WANT to wear this if What’s-his-face was around, because it might divide the attention of onlookers, and this dress deserves attention.

Oh, I also eliminated the yoke. Told you it was much modified! 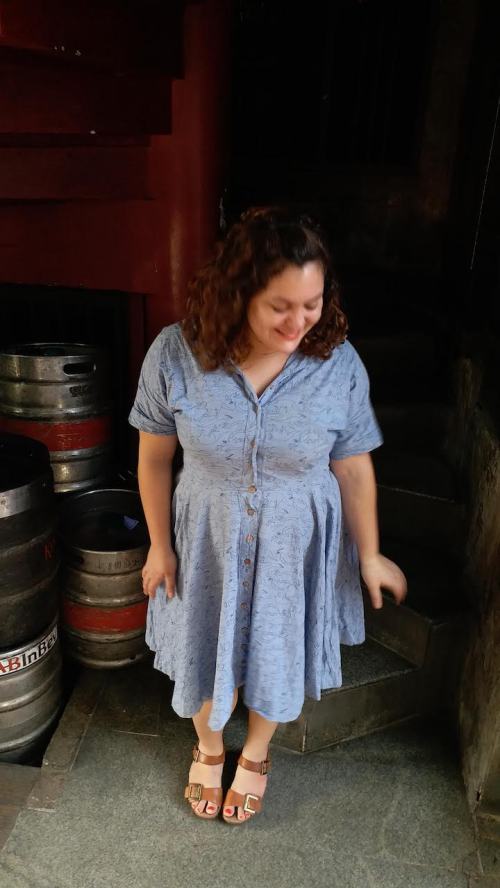 So there you go. A dress covered in scaly friends who help me roam the earth with giant confidence. I am so happy to debut this dress during Me Made May 2019 because I love it and there is nothing like  How is your May going, me made or otherwise?

4 responses to “The Walk with the Dinosaurs Shirtdress”