The Charming in Chittorgarh Shirt

This shirt and its fit are a direct product of my computer printing this pattern at the wrong scale and me straight up not noticing because I trust machines and how are we in a reality in which it is possible to TRUST machines? The fears we have long dismissed are true! The robots are talking over, and it starts with blowing up the scale of my sewing patterns!

But as you know from this post, I really enjoyed the Seamwork patterns Rachel Shirt, although I found it curiously big (WELL NOW I KNOW WHY, you know what, maybe it’s not the robots, maybe I was just being totally out to lunch…) Of course, I cut two things from the pattern without testing the fit so that tells you something about how being in a land of endless fabric has really spoiled me. I stitched this shirt up in a hurry so I could take it with me on a trip to Udaipur, with visiting friends, because I knew that pairing this light pseudo-Japanese fabric (I have no idea if it is from Japan or just copied to give out that vibe, ah, India, you are a delight), with long sleeves, would make it perfect for Rajasthan in the winter, whose days are sunny and bright but quickly turn chilly.

And indeed I did! I was able to complete it on time and bring it with me to Udaipur, where I took it even further out to Chittorgarh, a gorgeous Medieval Indian fort with a mixed (aka grim) history. It’s withstood many a siege, and seen many a suicide, and it was the setting for a recent movie with a lot of controversy around it called Padmaavat, which is based on this epic poem but which some people think is real, which is all part of the whole damn thing. It’s complicated. If you are curious, you can read about the mythical figure of Rani Padmini, and here are some interesting (very feminist) takes on the movie.

At any rate, it’s a gorgeous place, and I hope my shirt did it justice! 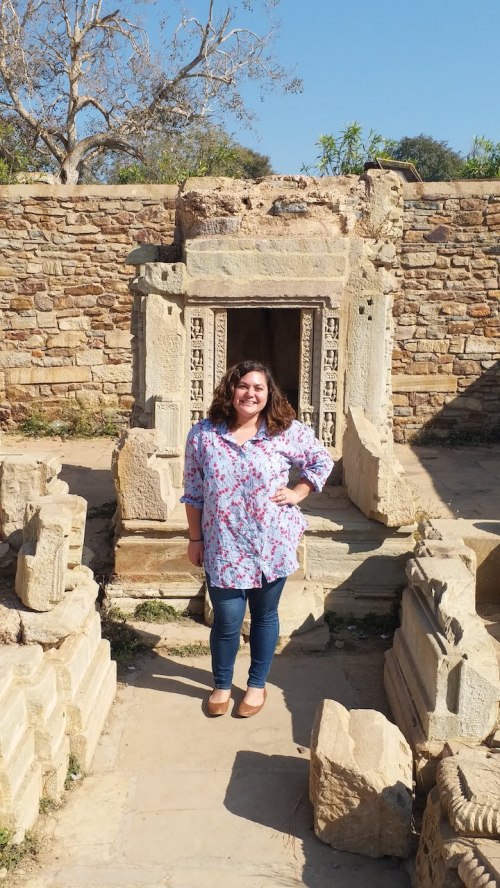 It really turned out as more of a tunic, but that’s big in India, so no matter! The construction was simple and the size is meaningless because the scale is so off, but it’s light and comfortable and I’m into it! Sometimes accidents make for good garments. 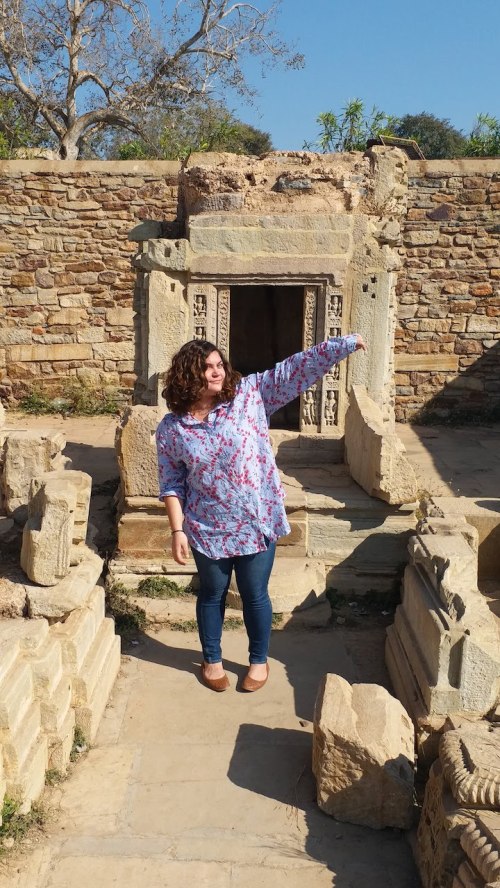 It has sleeves! See, I proved it.

I just did a pleat in the back instead of the full longer tuck, which frankly, this garment could have used. Ah, well. 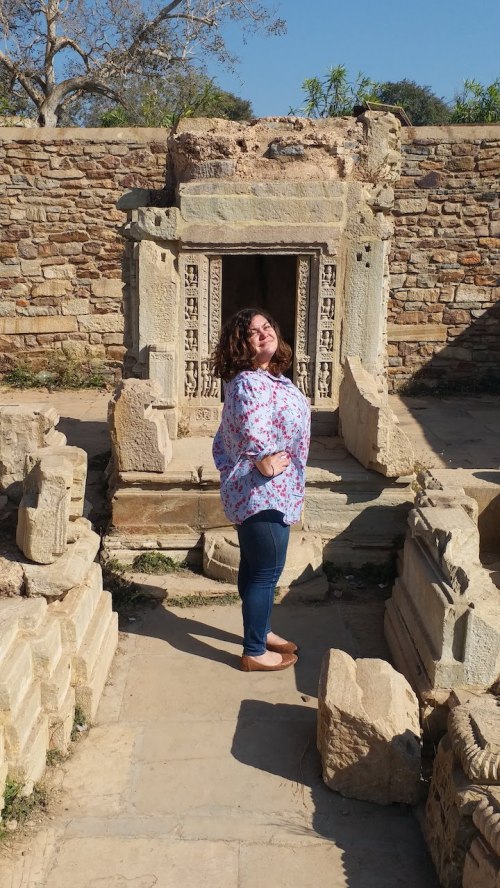 It’s very blousy and billowy, but I’m okay with that. It feels a little hip art teacher, which I always enjoy. 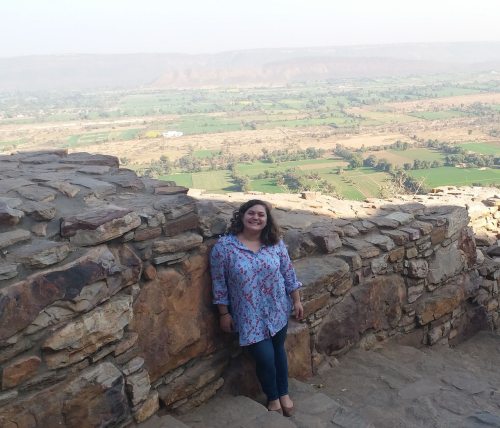 Here I am by one of the old fort entrances. 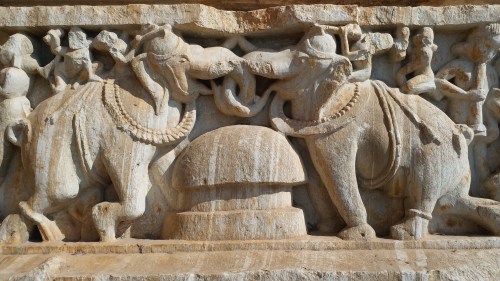 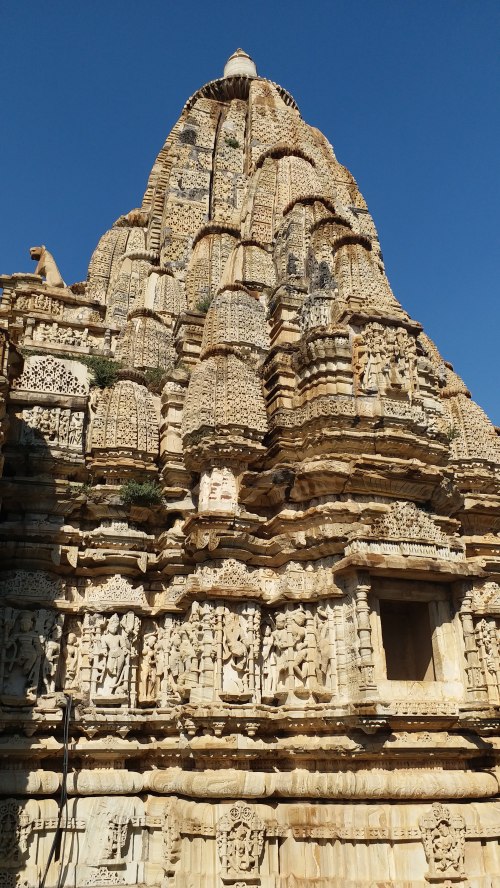 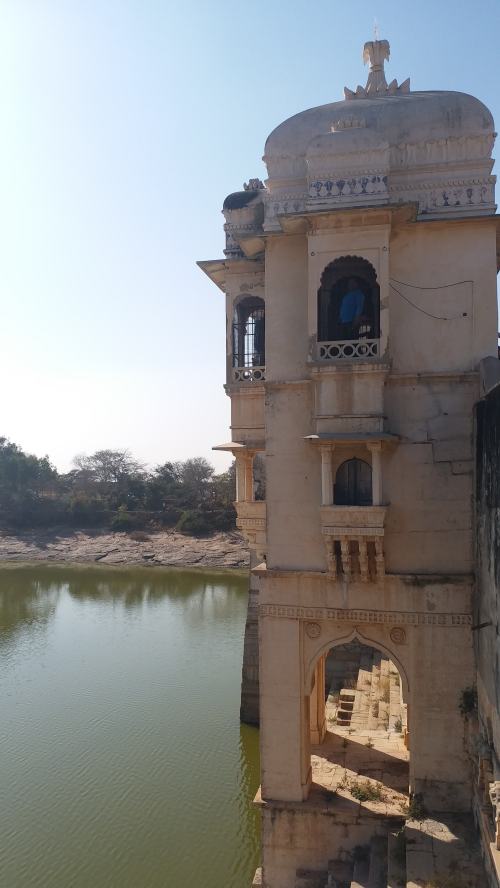 It’s it beautiful? But what was even more amazing was that I saw Tiya Sircar, aka Vicky from The Good Place, and told her how talented she is. So it was a pretty good day, I gotta say.

That’s about it on this shirt! It was easy, useful, and I’m into it. Regardless of the robots.